Huawei’s sub-brand Honor is getting ready to launch its Honor 20 series smartphones at a launch event on 21st May in London. Ahead of the launch, the company has started teasing features of the upcoming phones. 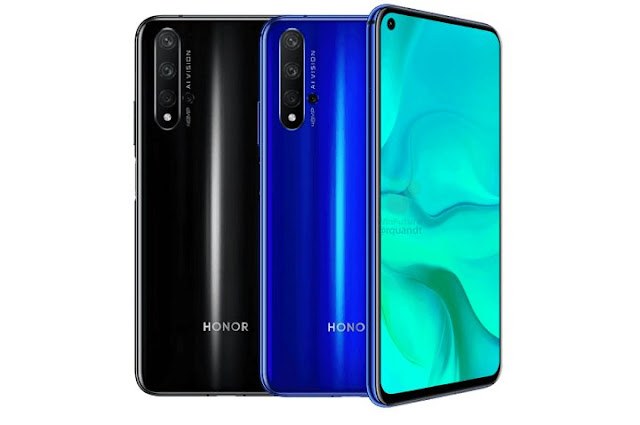 In one such teaser, the company posted an image on Weibo along with the text that reads “Fantastic beauty, four photos”. This confirms that the Honor 20 will indeed come with quad camera set-up on the back panel. 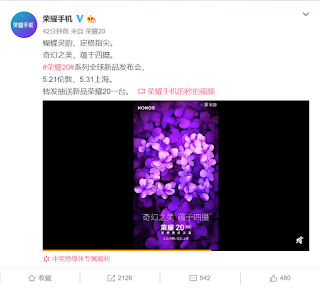 Earlier, an image of the phone’s back camera setup had leaked online. It revealed that the Honor 20 will have a 48MP Sony IMX586 as the primary sensor, along with a 16MP Super wide-angle lens, a 2 MP third sensor and another 2 MP sensor, possibly for depth sensing.
Honor’s President Zhao Ming also shared a Night Scene photograph on Weibo, which could possibly be taken with the Honor 20 or Honor 20 Pro. However, the branding watermark is blurred so we cannot say for sure. The image has excellent details, noise reduction and has captured a good amount of light.
According to the leaks, the Honor 20 will feature a 6.26-inch IPS-LCD display that skips the notch for a punch hole design. It offers 2340 x 1080 pixels screen resolution and a pixel density of 412ppi.

The smartphone will be powered by the company’s own flagship chipset — HiSilicon Kirin 980 octa-core SoC, coupled with 6GB of RAM and 128GB of internal storage. There will likely be other memory configurations but the above if for Europe.

The benchmark score coming through Geekbench also points to the use of the latest Kirin chipset. On the single core, the device scored 3241 points while on the multicore test, it peaked at 9706 points.
The device doesn’t have a rear-mounted fingerprint scanner. Since the phone comes with an IPS-LCD display, it does not have an in-display fingerprint scanner. Thus, Honor has settled for a side-mounted the fingerprint scanner that doubles as the power button. We have already seen this on the Samsung Galaxy S10e.

Running on Android 9 Pie operating system with Magic UI 2.1 on top, the device will be powered by a 3,750mAh battery that supports 22.5W SuperCharge fast charging technology. The Honor 20 will be available in Midnight Black and Sapphire Blue but the pricing information is not yet known.