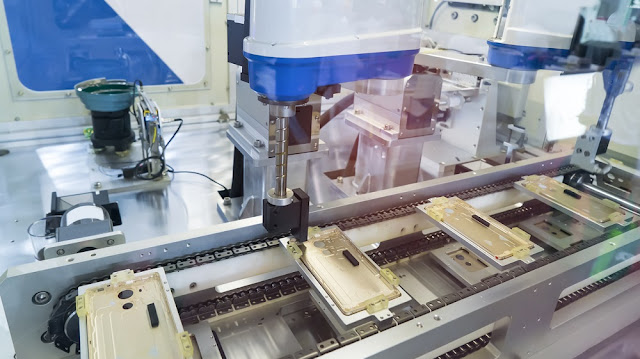 The government is ready to establish a mobile phone manufacturing plant in Haripur in collaboration with the private sector, dropping the idea of privatizing the Telephone Industry of Pakistan (TIP).

Addressing a press conference Federal Minister for Information Technology and Telecommunication (MoITT), Dr. Khalid Maqbool Siddiqui, said that the government has dropped TIP from the privatization list. He said that talks are underway with different Chinese companies for establishing a mobile handset manufacturing plant.

The minister said that IT & IT-enabled Services (ITeS) export remittances have surged to $900 million in 2018-19 compared to $800 million in the previous year, however, the actual figure of IT & ITeS exports are $4.1 billion. Due to the lack of an online payment gateway, the IT sector is not able to realize its full potential. The minister further said that talks are underway with 5-6 players and would be finalized soon.

A meeting was recently held with a team from Financial Transactions Control Systems (FTCS) of Sweden where payment gateway solutions for Pakistan were discussed.

The minister said that a meeting has been held with Etisalat for the $800 million dues on account of Pakistan Telecommunication Company Limited’s (PTCL) privatization.

IT Minister said that the previous government had not informed mobile companies about the renewal of 3G/4G licenses. The matter is in court and would be resolved soon, he added.

He further stated that teledensity in Pakistan has increased to 75-80 percent and around 160 million people use mobile phones in the country. Projects have been launched to provide voice & broadband services in North/South Waziristan and far-flung areas of Balochistan, said the minister.

He also announced the establishment of an IT Regulatory Authority, similar to PMDC, to regulate IT-related education and introduce a standard for IT graduates and certificates holders. Around 25,000 IT graduates complete their education every year in the country, however, only 5,000-6,000 graduates get jobs due to a gap in industry and academia.

Khalid Maqbool also announced the establishment of a special economic zone for technological purposes in Islamabad.

He stated that an international information technology exhibition will be held next month in Karachi where 300-500 international IT experts would participate. The event will give an opportunity to young IT students to showcase their talent and create job opportunities for them.