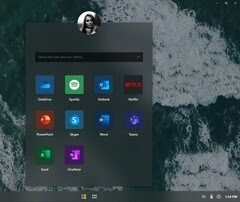 So finally according to the latest reports and rumors Microsoft is will be offering its  Windows Core OS to low-level platforms like desktops, laptops, VR machines, consoles, and foldable devices and Microsoft also has plans to add different variants of Windows to enable all the necessary features without any compromise.

According to reports, the new Microsoft OS will be available on Oct 19 with the new surface devices so maybe you’re thinking why we named the new Microsoft OS “Windows Core OS” a few months back Microsoft employee mentioned on linked the WCOS and also some other leaks about the new OS of Microsoft.

Tom’s Hardware reported that the Windows Core OS is expected to offer a modular platform that can support multiple form factors without compromising features. Thus, this OS should offer the same performance whether it is running on desktops, laptops, VR machines, future Xbox consoles, or even foldable devices. As the name suggests, Core OS would be a low-level access operating system with different versions of Windows built on top to accommodate the entire range of form factors.

The upcoming Centaurus and Pegasus foldable rumored to be launched soon are expected to run on a new Lite OS that features support for dual-screen devices well. The Lite OS is most likely running on top of the Windows Core OS, but the UI bears little resemblance to Windows 10.
The tech giant Microsoft is also working on a new Modern Windows OS, as revealed at Computex this year, and we also know that Xbox Scarlett is releasing next year, so it will be interesting to see how Core OS is going to tie-in with all the new systems.
Source: notebookcheck.net