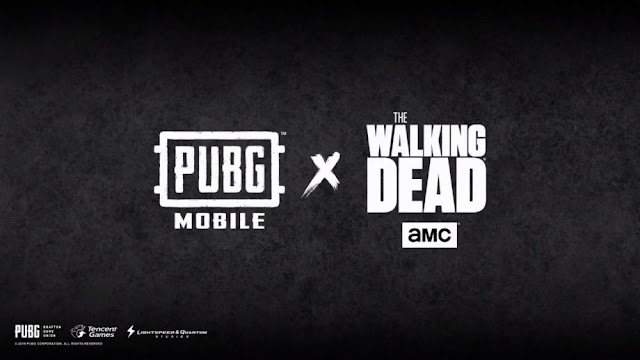 Players will be able to enter the battlefield as some of the most iconic characters from the series including Rick Grimes, Negan, Michonne, and Daryl Dixon. You can ride Daryl’s iconic motorcycle to help stay in the safe zone, wield Michonne’s katana or Negan’s infamous baseball bat, Lucille.

You can buy these items and skins through in-app purchases or by winning challenges. The crossover will last until sometime in early 2020.

The crossover is timed to promote the Season 10 Premiere of The Walking Dead, airing on October 6 on AMC. The collaboration comes from a partnership struck between AMC and Tencent Games, which owns a stake in PUBG publisher Bluehole.

This isn’t the first time PUBG Mobile has announced a crossover. Earlier this year, PUBG Mobile announced collaborations with Resident Evil 2 and Godzilla: King of the Monsters. The crossover with Godzilla brought new outfits, Titan Grafitti, Godzilla coins and more.

Fortnite, on the other hand, has had a collaboration with Avengers Infinity War, DC’s Batman and even the legendary assassin John Wick.